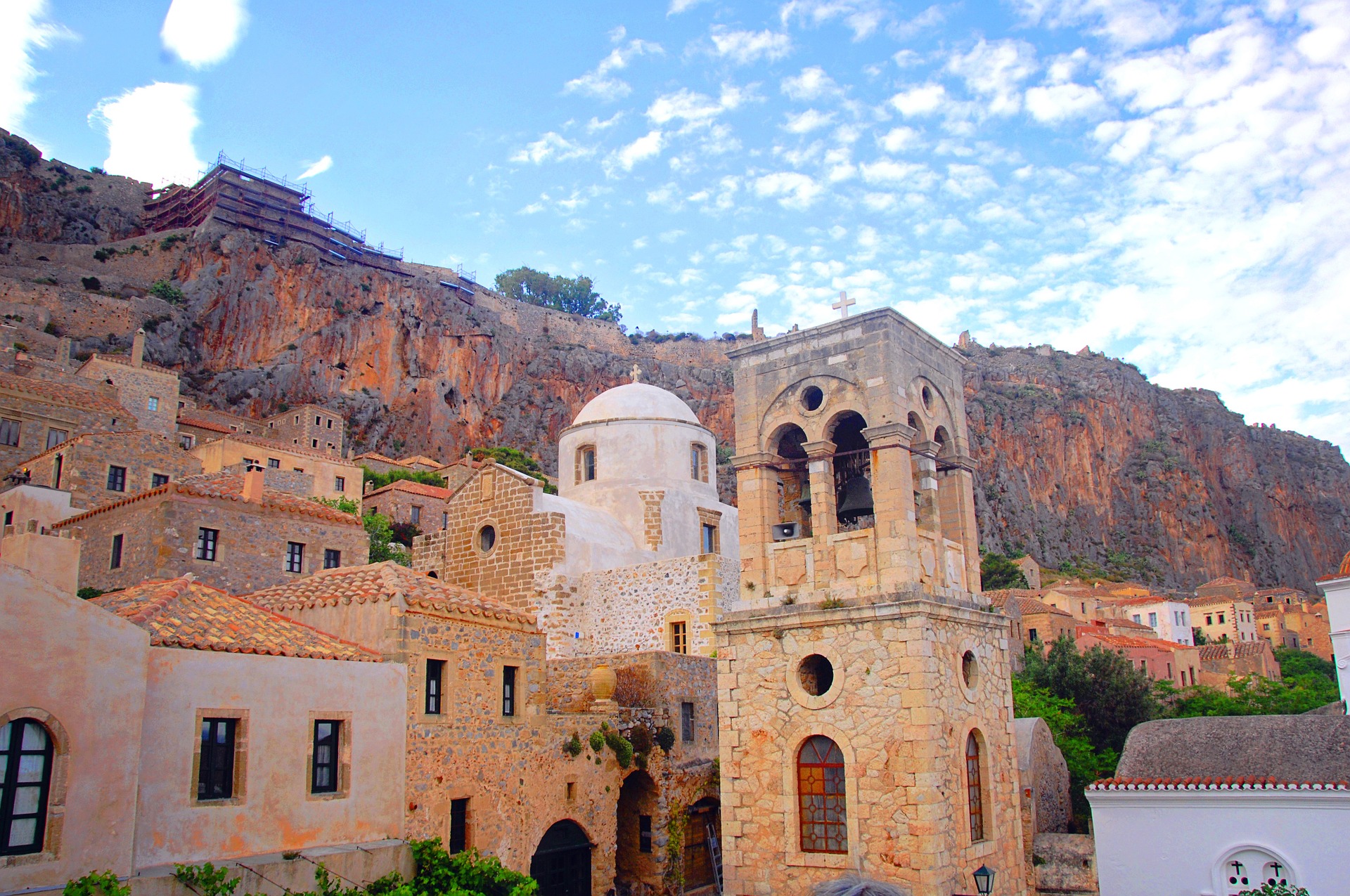 The islet of Monemvasia was originally a cape and it was cut off from the mainland after a devastating earthquake in 375 AD. Gradually it developed into a strong fortress and became a strategic base of the commercial and military fleet of the Byzantine Empire from which they could control the Eastern Mediterranean sea.